This is the kind of question, “How do we get to Mars?” that normally would take a lot of discussion and involve a whole lot of mathematics.

I’m going to try to explain it simply and to the best of my limited ability.

Essentially, we launch a spacecraft from Earth into a highly elliptical orbit around Earth. This orbit is so elliptical, that it extends all the way out to the orbit of Mars. You time it so just as this spacecraft reaches it’s farthest point from Earth before beginning it’s return journey, Mars comes along in it’s orbit. The spacecraft meets up with Mars.

The image above from the Jet Propulsion Laboratory website of NASA illustrates how this transfer of an elliptical orbit from Earth catches up to Mars. This process takes about 9 months for a spacecraft like this to reach Mars, and can be accomplished only about once every 2 years.

You see, each planet orbits the sun at different speeds. Those planets orbiting closest to the sun, like Mercury and Venus, orbit faster. Further out from Earth, Mars takes about 2 years to orbit the sun. Further out, Jupiter, Saturn, Uranus and Neptune all take progressively longer. Then the sun itself is orbiting the galactic center once every 250 million years, and the Milky Way galaxy is moving toward the Andromeda Galaxy at about 67 miles per second. So no planet will ever be in the exact position it was before, ever. The first image shows the planets orbiting the sun in relationship to our own solar system. The second image shows the planets orbiting our sun in relationship to the sun orbiting the galactic center of the Milky Way Galaxy.

In fact, had a giant asteroid not killed off the dinosaurs, homo sapiens might never have evolved. If it weren’t for that chance cataclysmic encounter from space, Earth might even now be ruled by dinosaurs.

In the early days of Hollywood and television, we used to think that life on other planets was common. Science fiction movies about invasions from the planet Mars or Venus were normal. HG Wells wrote War of the Worlds which later became a radio show and still later several big screen adaptations and it was about Martians invading Earth.

Even as our imagination thrived our knowledge of the cosmos grew. We sent probes and rovers throughout the solar system and beyond. We gazed into the stars with our space telescopes. We took images from non-visible light and radio waves. Great minds like Einstein and Hawking churned it over. Finally, after all that, we came to a startling if not disappointing realization: Planets other than Earth that support life, if they exist at all, appear to be the exception rather than the rule. There is no warmongering Martian civilization waiting to invade Earth. There are no lovely ladies lounging around on Venus. It’s true not only for our own solar system, but for all the exoplanets we’ve detected so far.

Our understanding of distances in space developed, especially between stars. Distances, it turned out, were vast. The more we knew the less likely it seemed anyone would go star hopping. That not only applies to us, but the aliens as well, if any extraterrestrial sentient beings exist at all! There will be no warp drives, no faster than light travel, and no light speed travel. It just isn’t possible. We can’t go there and they can’t come here.

Recently, there’s been some reports of UFOs in the news, and that’s always been there from the 1950s on. There is no evidence that unidentified flying objects are extraterrestrial in origin. It is unlikely for the simple reason that to travel from one star to the next would take tens of thousands of years. Sadly, and perhaps fortunately, no one is traveling from star to star. The best we can hope for is that we can visit other planets in our own solar system. Maybe one of them might at least have some microbes.

Once we figured out that there wasn’t much chance of advanced, intelligent life elsewhere within our own solar system, then we hoped we would find it on planets around other stars. Remember the movie Avatar? Supposedly that took place around Alpha Centauri, one of our closest group of stars. So if we can’t find life here then for sure it’s going to be on the closest star!

Yet, as we peered into the solar systems of other stars we came to a new understanding: most planets that we’re able to detect outside of our own solar system are hostile environments. There’s something weird about almost all of them, and so the prospect of finding life orbiting on a planet near our closest star is kind of unlikely. There’s no “Avatar” on Alpha Centauri.

Intelligent alien life is not impossible. The universe is a big place. The point is that we now know it to be rare. So rare, in fact, that it might exist nowhere other than here. At least as far as we can see so far.

In fact, had a giant asteroid not killed off the dinosaurs, homo sapiens might never have evolved. If it weren’t for that chance cataclysmic encounter from space, Earth might even now be ruled by dinosaurs.

Therefore, even if a planet were in an ideal goldilocks region around it’s star, and even if on the off chance single cell organisms had developed there, we have no reason to suspect that a homo-erectus kind of being might have developed there.

We really could be the only ones out there.

Will we find evidence Human-Like species once lived on Mars? Personally, I highly doubt it. I’m not even sure we will find evidence of ANY kind of past life on Mars, even microbial. If we even found evidence of a fossil of an extraterrestrial microbe on Mars, or for that matter on a meteor or anywhere else that originated somewhere other than Earth, it would completely revolutionize science and religion and be a huge culture shock for millions of people.

If Elon Musk did colonize Mars with 1 million people, would he be the most important person to have ever lived?

I would then think of him like maybe Christopher Columbus, or the Pilgrims from England that started populating North America. Outside North America these people are not seen as important (or even known). Schools in other parts of the world don’t teach much about this.

Here in America, however, we have Columbus day to remember the crossing of the Atlantic in 1492 by Christopher Columbus, and Plymouth Rock in Massachusetts to remember the first landing of the Pilgrims who came from Plymouth, England. We have Thanksgiving to remember a mutual celebration between the Pilgrims and the local Native Americans after the Pilgrims had their first successful growing season.

Here on Earth he would be remembered in history books, too, but so many people have come and gone in the history of mankind. Many people in the past have been very transformative, but overall are not seen as the most important persons. People like Alexander the Great, Issac Newton, Albert Einstein, Walt Disney, George Washington, Queen Victoria, ad infinitum, have all been very important in the history of mankind, but none stand out over time as the most important person to have ever lived. So will it be with Elon Musk even if he did colonize 1 million people on Mars.

Great question: “What are we missing logistically to be able to colonize on Mars?|

Why do you think we should even consider colonizing Mars? We can’t even colonize our own planet successfully what to speak of Mars!

Well, in my opinion we should focus on the Moon.

As for Mars vs. Venus, both have unbreathable atmospheres. Mars is very cold, hundreds of degrees below zero cold. Venus is hot, melt stuff in a few minutes hot.

Venus also doesn’t have liquid water on the surface, but it does rain. The problem is it’s raining sulfuric acid.

Any probes we’ve tried sending to Venus have become dysfunctional within minutes.

It is already more polluted. It has so much CO2 that it is uninhabitable. The atmosphere is too thin to breath and the solar rays from the sun are deadly. 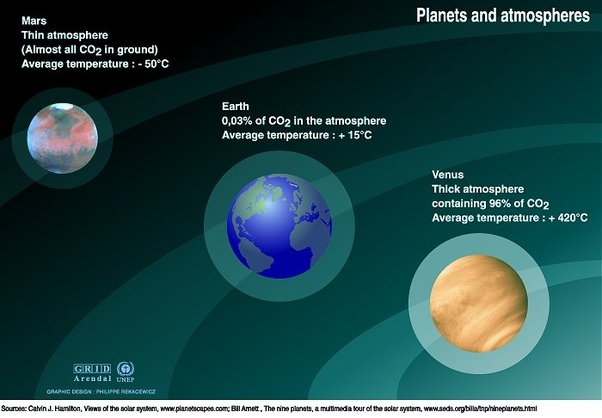 Probably, and that’s why terraforming is a bad idea. Inside the scientifically minded community, there are two distinct ideas.

That being said, we do try all we can not to contaminate planets we send probes to even though some microorganisms may have made it through.

At present, and probably rightly so, NASA does not want to introduce organisms to other planets – or visa versa – introduce to Earth organisms from other planets on Earth. We may have already failed, but we still try. 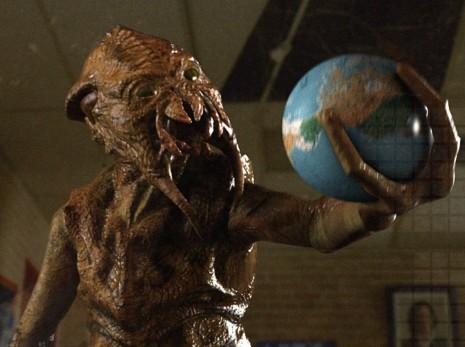