Does “sunrise time” mean that’s when it begins to turn light outside, or is it when it’s already kind of light and the sun just finished coming up over the horizon?

What do you think about NASA launching a private crew to the International Space Station?

Could we actually live on Mars?

What happens when a satellite stops working or is no longer needed?

Are there intergalactic stars?

Not much, so much

How many satellites are there, and which are there on each planet?

If you count all the little nuts, bolts, loose wrenches and pieces of demolished satellites as satellites, then there’s a whole lot of junk floating around Earth. Thousands of pieces that pose a hazard. 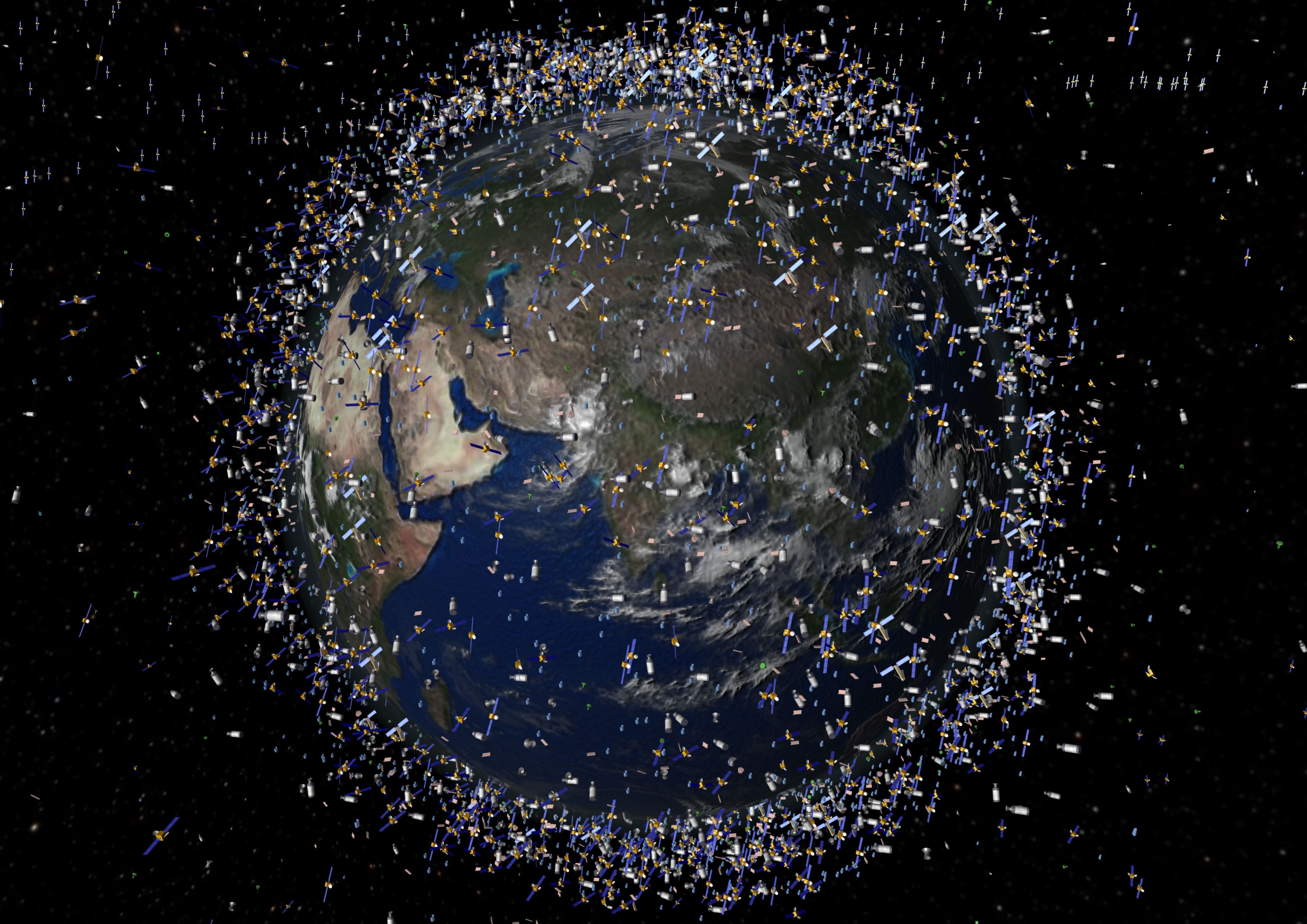 Around the moon we have about three functioning spacecraft but have launched far more than that that have, over time, gone dead – perhaps crashed to the surface of the moon. Then we have the odd Juno spacecraft around Jupiter, the voyagers I and II and so on. We’ve put more space junk up there then anything else. This is a fairly accurate artist’s rendition of space junk around Earth.

The Russians have put several probes on Venus, the Americans and Europeans put a probe on Titan, we have probes on Mars, we flew a probe by Pluto and orbited Saturn for a long while before crashing deliberately. We presently have, as mentioned, the Juno spacecraft around Jupiter. We have hundreds of functioning satellites in orbit around Earth.