Beats me. I always hear it’s called the blue planet. It looks that way because most of our planet is covered with the ocean. Then there’s the clouds, which look white from space.
Perhaps you’re confusing the term “Green Earth” often associated with Earth Day. From space, earth is blue and white.

Great question. The jury is still out on that one. I’m really concerned about why did God create idiots, AKA jerks! See the illustration below!

Mercury, Venus, Mars, Jupiter, Saturn, Uranus and Neptune could all fit in the gap between the Earth and our Moon with about 4,990 miles to spare

Think of Earth as a basketball and the moon like a tennis ball. How far would you have to place them apart to approximate the distance between the Earth and Moon? Five feet? Ten feet? Twenty feet? Nope! Further even then that!

A tennis ball would then have to be about 24 feet from the basketball to be of the proper scale. Farther than most people visualize.
This is how it looks (See image). Kind of surprising. The moon looks bigger to us than that, doesn’t it? Well, no it doesn’t. Our minds eye just makes it look bigger. Hold your thumb out at arms length. The tip of your thumb at that distance more than covers the moon. Still, the moon is the biggest thing in the night sky, and it really stands out much brighter and bigger than all the stars, relatively.
Surprisingly, people really do think the Moon is closer to the Earth than it is. You can see from the photo taking a “mere trip to the Moon” is no easy task!
Here’s a statistic for you! Think how big Jupiter, Saturn, Uranus and Neptune, the gas giants, are in relationship to our tiny Earth.
Yet our Moon is so far from Earth that Mercury, Venus, Mars, Jupiter, Saturn, Uranus and Neptune could all fit in the gap with about 4,990 miles to spare (using the average Earth-moon distance of 238,555 miles). 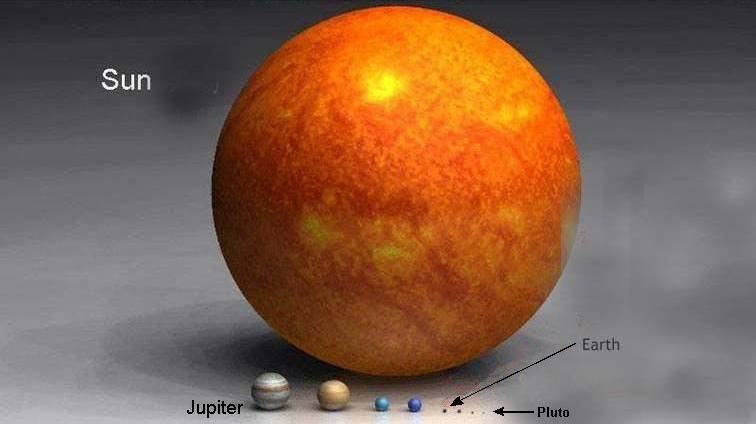 Not very big! It would just have to be natural. Not made by man! And it wouldn’t have to be there for very long either. Just long enough for it to be in orbit.

The astronomical community doesn’t have a definition for moon other than it has to be a natural object. Thus captured asteroids can be moons. It’s even possible for a moon to have a moon!

Mars has two moons, neither of which are large enough to be round. Objects in space get round due to their own gravity. The first image above is Deimos and the second is Phobos, the Martian Moons. Deimos (top) is the smallest. It has a mean radius of 3.9 miles.

We are too heavily influenced by science fiction writers, movies and XBox to see it for what it is.

Space. The final frontier.
One day in our futures humans will travel to other planets, terraform them and colonize them. We will spread out and our species will survive, even if our own sun blows up. We have to start somewhere. We’ve been to the moon once. Let’s go again. Let’s live on the moon.
That would be very difficult. We would need a way to supply our moon resident with food, water and food. Perhaps it could be as we do now with the International Space station (ISS), i.e. fly up supplies once in awhile.
The problem is that the ISS is in low Earth orbit at 249 miles above mean sea level. The moon, on the other hand is between 225,623 miles at it’s closest, and 248,855 miles at it’s farthest, and is moving away from Earth at a rate of 1.5 inches per year. The moon is more than 906 times further than the ISS.
Taken distances into consideration, I would say it is not practical to have a living human being on the Moon for an extended period of time unless he could somehow grow his own food, and get oxygen and water locally.
We are too heavily influenced by science fiction writers, movies and XBox to see it for what it is. Hopeless.
The answer to your question, sadly, is no.

I’m a hypothetical billionaire, so let’s discuss financing this project and the chances of success, what we’ll need to get it done, and so forth. Theoretically, it would seem possible.
At the south pole the earth is 12,715 and a half miles in diameter, or about 7900 miles to the center, but at the equator the diameter is 12,756.32 kilometers or 7,926.41 miles to the center. The earth is thicker at the equator and it would take a deeper hole to drill from there. We can make a drill 12.7 miles shorter if we drill from Antarctica. So let’s start drilling there.
From Antarctica, our drill will need to be 3,950.5 miles long to reach the center of the Earth. That’s 300 miles longer than the distance between New York and Paris.
To build a drill like that we’ll have to use a modular design. We’ll start with a shorter drill bit and keep making it longer as we drill deeper until it reaches 3,950.5 miles long.
The drill would need to be really thick and made of some really strong stuff to get through granite and just generally tough layers of rock. A drill tip with diamond heads is probably the way to go. As we drill down, the bit will get dull from time to time and we’ll have to pull the whole drill bit out to replace the head. That might have to be done several times a day.
Eventually, at some depth or other, you’re going to encounter molten rock. In the core itself is molten iron. Your drill bit will melt. All that trouble for nothing.
It doesn’t sound practical to drill to the center-most point of the earth by drilling from anywhere.

We really want to send somebody to Mars. Why?

The answer to the question is that it’s a long way away, it moves all the time (sometimes it’s a very long way away on the other side of the sun), it’s expensive, it’s very dangerous, it’s a dead planet, there’s nothing humans can do there that our less expensive rovers can’t do, we can’t breathe the air, we can’t grow anything there, there’s no legitimate scientific reason to go and last but not least nobody would fund it, especially Congress. 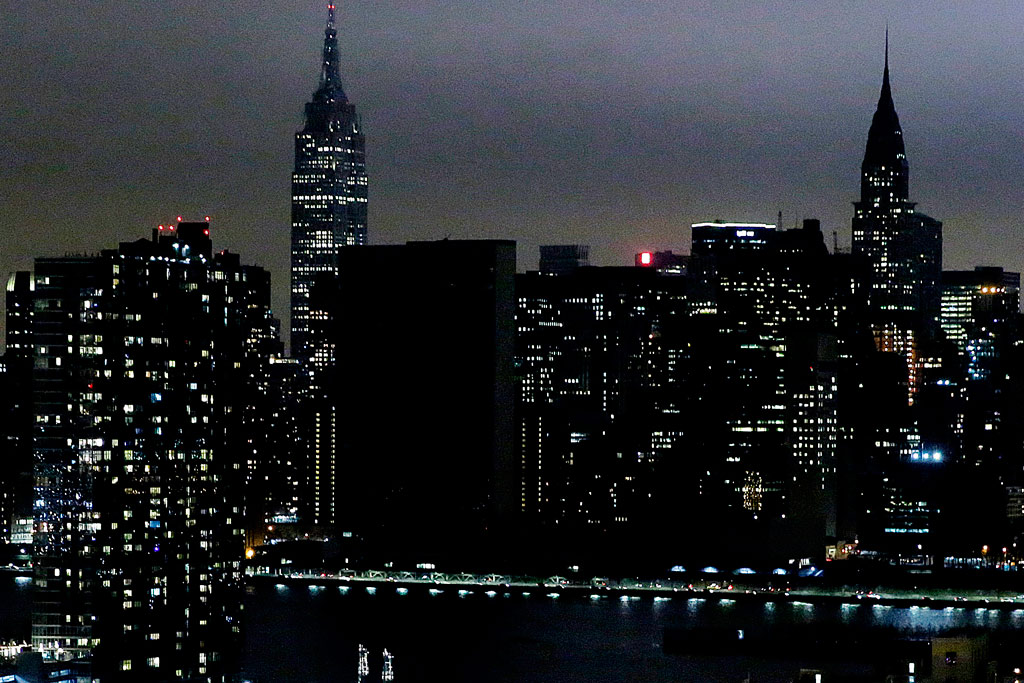 What exactly is Earth hour? Well, Earth Hour was 25 March 2017 at 8:30pm. Each year millions of people around the globe attempt to switch off electricity for Earth Hour to shine a light on the need for climate action.

The moon is in an elliptical orbit around the earth. When it’s closer it looks a lot bigger than when it’s further away. The moon varies from 252,088 miles at the farthest point to 225,623 miles away when it is closest.

That’s a difference of about 27 thousand miles. If there is a full moon when it is close, that’s called a super-moon. These are not close distances. You could fit over 28 earths between our Earth and the moon.

Let’s revisit Sir Isaac Newton’s cannon.
In the above mentioned article we had placed a level on the cannon and shot the cannonball at 1440 feet per second parallel to the ground until it fell and bounced and rolled and came to a stop.
We didn’t want to shoot it up in the air in a big arc to see how far we could get it to go because we knew if we shot the cannonball up in the air in an arc, it would go much further. Naturally. We were simply interested in the effect of gravity on a projectile as it moves forward and we chose to level the cannon and shoot straight out.
So now let’s do just that, but because we know the cannonball can only go so fast, we’ll do it with a rocket. We’ll shoot the thing up in the air into a big arc and see where it comes down.
Roar! We launched. The burning rocket fuel accelerates our rocket faster and faster until it’s going 20 times the speed of sound. That’s Mach 20. Pretty lickedy-split I dare say. It’s going faster than any jet plane that I ever flew in went. In fact, it’s going so fast that every second it travels almost 5 miles (4.9 miles to be precise). I’d be scared out of my wits if I was riding that thing.
Okay, so this rocket just goes so fast and so far, and then you know what happens? Well, it runs out of fuel of course. It can’t burn forever. We only put so much of that rocket fuel inside of it, so once we light it and run to the side and it roars to the sky it’s going to run out of fuel after awhile.
So now here it is, way up in the sky. It went so high, so fast, that it actually went higher than the air. The sky around the rocket went dark, the stars came out and it got really quiet.
Yet it’s still going forward in that big arc even though we’ve run out of fuel, because essentially we threw something up in the air really fast.
Technically we didn’t even need rocket fuel, we could have used a slingshot if we could have achieved that speed. Alas, trial and error has shown me that unless you give it that extra boost as it goes up, it’s never going to go 4.9 miles per second. I’ve been through a lot of slingshots as a kid and never managed to shoot a projectile going that fast. Good thing, too! My neighbors would have been upset.
As our burned out rocket shell continues to move upward, it’s going to slow because of gravity. After all their’s no more rocket flames to boost it any higher. When it reaches the top, we call that the Aphelion, it levels out and slowly starts to curve down toward the Earth. Wherever it hits, somebody’s going to get really upset.
Except it’s so high and going so fast, that as it arcs downward toward the ground, accelerating faster and faster, it completely misses the planet! It just goes zooming right by planet Earth, it’s course warped by gravity, and whipped all the way around to the other side and then flung out into space again.
Marvelously, this happens again and again, much to our amazement. It doesn’t look like that rocket’s going to crash down at all! It’s in what they call an elliptical orbit.
That my friend, is another example of what keeps things in orbit. The speed one needs to achieve orbital velocity is 4.9 miles per second, or 7.9 kilometers per second. At that speed things go up, then free-fall to the earth, miss the earth, and keep going round and round.
Sometimes the orbit is highly elliptical, or if you’re very clever, you can make it almost round. The Earth’s orbit around the sun is elliptical, and the moon’s orbit around the Earth is also elliptical (that’s what a super moon is all about, when the moon is both full and closer to the Earth).
I’m sorry, Sir Isaac. Your cannon didn’t cut it this time. Had to make a rocket. If you want to see how this works, click here!