A dwarf planet is usually a spherical body resembling a small planet.

Objects in space are round because of their gravity. If they aren’t big enough, they don’t have enough gravity to crush them into ball shape. This asteroid, which came from outside our solar system system recently, looks like a big slab. 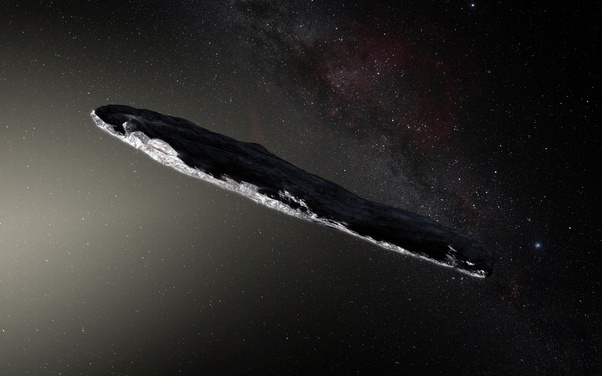 So both planets and dwarf planets are round. Asteroids not so much.

The difference is that planets clear the path around the sun, drawing in all nearby objects. Dwarf planets live their lives without clearing everything out of the way (they do clear some stuff, and that’s why there are craters on Pluto.) As such, dwarf planets tend to dwell in asteroid belts.

The thing about Pluto is that there are similar sized objects floating all around out there, so either you’re going to have to name hundreds of new planets or just have eight. All of the dwarf planets are smaller than our smallest planet, Mercury as the image below shows. 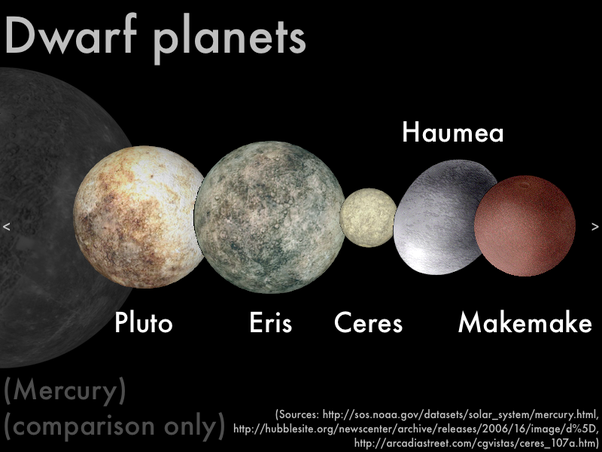 Eris is larger than Pluto. It’s part of the asteroid belt orbiting the sun. In fact, Pluto is so small, it is smaller than our moon as you can see below. So the similarity of the planets and the dwarf planets are they are both mostly round because they have sufficient gravity to flatten their own surfaces into a sphere. The differences are that planets are big enough to clear the whole region of space where they orbit the sun whereas dwarf planets do not.